Campbeltown is a very special place in Scotland, referred to as ‘the centre of the universe’ by some of its current residents. With an abundance of rich farmland, local barley, peat and fresh water, it was almost inevitable it would become a vital part of the history of whisky distilling.

Distilling on the Kintyre peninsula dates back to 1609 with the granting of the first licence to produce ‘aqua vitae’. In the Victorian age, Campbeltown was known as the whisky capital of the world – one of the five distinctive malt producing regions of Scotland, namely Highland, Speyside, Lowland and Islay and of course, Campbeltown. Glen Scotia is a fine example of this historic region.

THE BEGINNINGS OF A NEW TOWN

Campbeltown was not the town’s original name. The place itself was established in 1597 by act of parliament, and began to be settled in 1607. It was known as Lochhead until the mid-19th century when the name Campbeltown was invented, rather immodestly, by the local lairds, the Campbells!

Happily, the Kintyre peninsula had an abundance of the ‘ingredients’ needed for distilling: a bountiful fresh water supply, local barley, fuel and peat. By 1795 there were 21 known illicit stills in Campbeltown and 10 in the surrounding countryside. The first distillery in town was the Campbeltown Distillery, established in 1817.

THE SCOTIA DISTILLERY IS FORMED

Scotia was established in 1832 by the town’s Dean of Guild James Stewart and Provost John Galbraith. By 1835 Scotia was one of the 29 thriving Distilleries in Campbeltown. Campbeltown’s boom in whisky production was due in part to steam navigation – this allowed whisky to be shipped directly to Glasgow in just 9 hours.

A SAD DECLINE
In 1923 the Drumlemble Colliery closed ending cheap local fuel supplies. Meanwhile, the Great Depression and Prohibition were playing their part. By 1929 only three distilleries remained open in Campbeltown: Scotia, Springbank and Ri-Clachan. Then March 20 1930 saw the last production at Scotia before the distillery fell silent.

Thankfully, the Bloch Brothers bought the distillery in 1933 and reopened as Glen Scotia. However, by 1934 Ri-Clachan had closed its doors and the once thriving whisky capital of the world had only two distilleries remaining. Then in 1984 Glen Scotia fell silent yet again for five years, leaving just one. 1989 saw an upturn in fortune once more and Glen Scotia opened again under the Gibson ownership. It was joined in 2000 when the Glengyle distillery reopened. Crucially, this brought the number of distilleries in the area back up to three, reestablishing Campbeltown’s status as a whisky-producing region.

THE (RE)BIRTH OF GLEN SCOTIA

The distillery changed hands a number of times, and in 2014 was bought by the Loch Lomond Group who have invested and developed this legendary brand, increasing capacity, opening warehouses and creating a visitor centre. Today, Glen Scotia continues to thrive at the heart of the whiskiest place in the world.
… 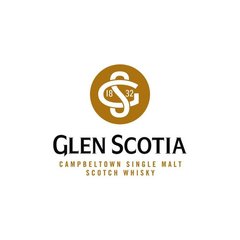