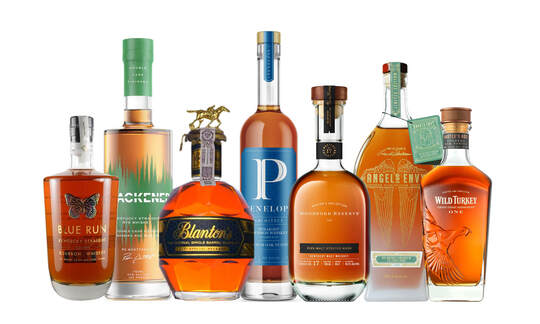 It's that time of the year, the halfway point of 2022 has been and gone, so let's take a look back at our favorite whiskey releases of the calendar year (so far). Limited releases, eye-wateringly rare allocations and a mix of general, widely available whiskeys, these are the best whiskeys of 2022, featuring a curated list of bourbons and ryes that we've enjoyed in what has been an already unforgettable year in whiskey. 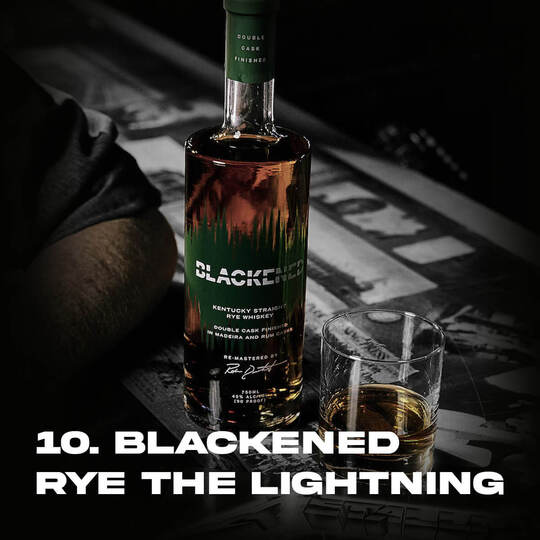 The hotly anticipated follow-up to Blackened's first foray into Rye, the critically acclaimed Willett Master of Whiskey collaboration, the new limited edition Rye the Lightning is a serious 90-proof spice bomb. Exposed to the same unique sonic enhancement process, whereby barrels are exposed to Metallica at a low frequency, Rye the Lightning is expertly finished in Madeira and Rum casks, and represents a unique and innovative piece of whiskey-making. Expect a rye-forward tasting experience with complementary spice and sweetness, with a not-so-distant 'bourbon feel' that brings vanilla and a silky smooth mouthfeel to the affair. 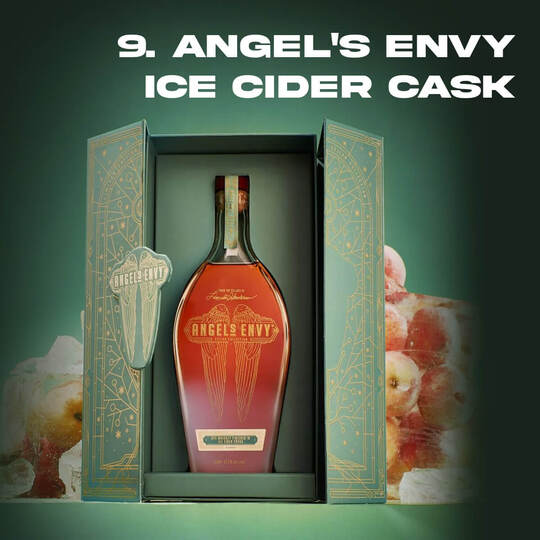 Another formidable limited edition release from powerhouse Angel's Envy, the Ice Cider Cask Finish Straight Rye is a unique and innovative Rye Whiskey bottled at 107 proof. The unusual French oak ice cider cask finish used in the final stage of Angel's Envy Rye Finished in Ice Cider Casks comes from an extremely limited release crafted by Eden Specialty Ciders. Their tart, late-season Northern spy apples were pressed in 2018, concentrated in the depth of Vermont's winter, and fermented to perfectly balance the robust autumn spice character of this special heirloom variety. A truly remarkable feat of whiskey engineering and one that is sure to be a collectible in years to come. 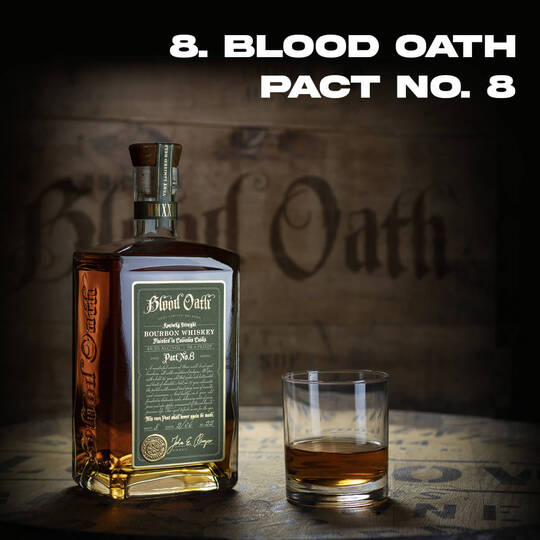 The latest release from Kentucky's Blood Oath, Pact No. 8 is a blend of three exceptional and complementary bourbons, expertly finished in unique Calvados Casks from Normandy, France and limited to just 51,000 bottles worldwide. Combining a 14-year, 11-year and 8-year old rye bourbon, Pact No. 8 is a complex 98.6 proof whiskey that challenges conventional bourbon with its use of the unfamiliar Calvados French Oak cask (used in the production of apple and pear brandy), exaggerating notes of apple, vanilla, and cinnamon. A remarkably unique bourbon whiskey that's deep amber in color, rich with aromatic stone fruits, butterscotch and the tartness of ripe apples, Pact 8 is one of the most interesting releases from Blood Oath and a must-try for fans of the brand. 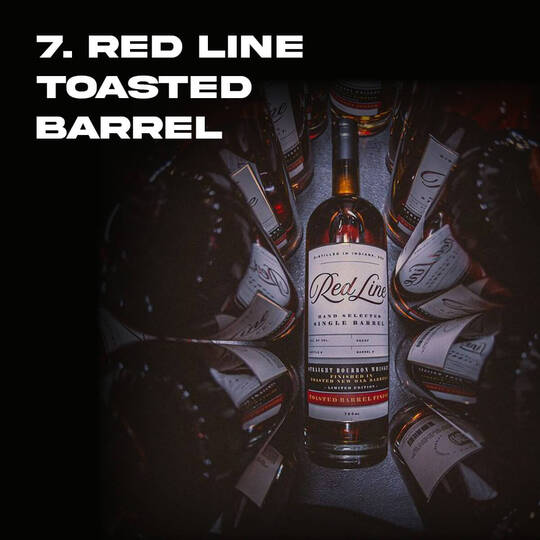 One of the most exciting up and coming bourbon producers, hailing from humble Indiana, Red Line is a force to be reckoned with. The Toasted Barrel is an extremely limited bourbon bottled at 114 proof, and represents an exceptional statement of considered and calculated whiskey craftsmanship. Taking the Red Line Cask Strength Straight Bourbon and ageing this whiskey in toasted new oak barrels, each bottle is carefully hand selected and made to exacting quality standards, which is why batch T2's total yield is limited to very few bottles. Sweet, smooth and with a cask-strength bite, this highly limited edition toasted barrel is an ideal single-barrel bourbon for connoisseurs of refined and robust whiskey. 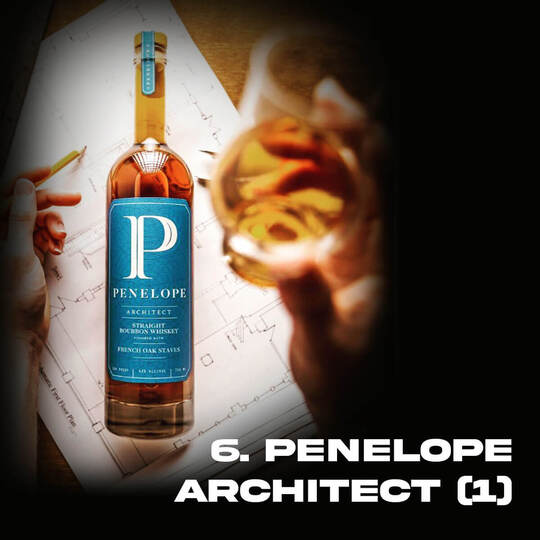 A unique and balanced French Oak Finished Straight Bourbon Whiskey, the Penelope Architect is aptly named, a considered and well measured end-product that makes use of two styles of distinct French oak stave finishing. The Architect is a robust and remarkably full-bodied whiskey, that expertly balances the textures and tones of French oak with waves of subtle sweetness - so as to not overpower and undo the bourbon's character. Composed of a 4-grain undisclosed mash bill, aged a minimum of 4 years and finished to a barrel strength of 104 proof, this April 2022 release is a fantastic and fresh iteration from Penelope in collaboration with Tonnellerie Radoux of France. 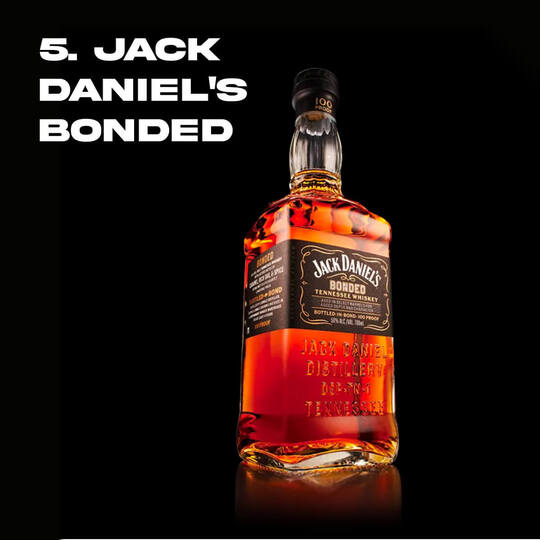 Bottled in bond. Smooth 100 Proof. The new permanent fixture in Jack Daniel's award winning collection. Jack Daniel's Bonded Tennessee Whiskey is an outstanding bottled-in-bond sour-mash whiskey; and another fine expression that adds depth to the critically acclaimed distiller's range. Distilled in one season, matured for over four years at a single facility, and clocking in at 100 proof - Jack Daniel's Bonded is a statement of patience and quality excellence, brimming with layers of caramel, rich oak and subtle spice, culminating in one of the most well-rounded, flavorsome Tennessee whiskeys produced by JD. 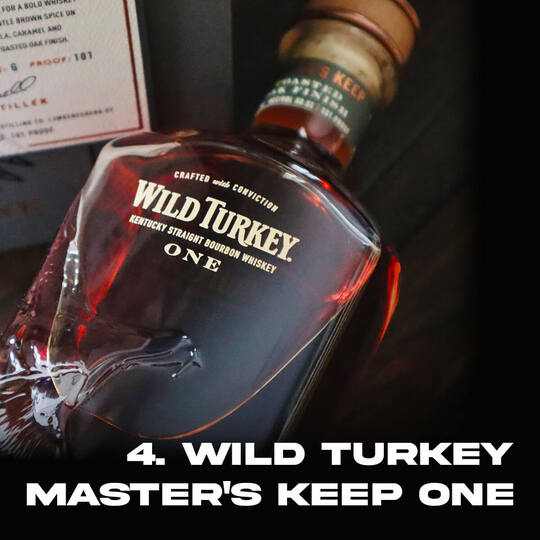 A one-of-a-kind whiskey, the Wild Turkey Master's Keep ONE Kentucky Straight Bourbon Whiskey is the latest instalment in Wild Turkey's acclaimed Master's Keep Collection. Rated the 10th best whiskey of 2021 by none other than the Whisky Advocate, the Master's Keep ONE is an expertly crafted and artistically inspired blend of bourbons aged between 9 and 14 years, with an additional maturation in toasted and charred oak barrels. The result is a strong amber spirit, layered with sweet honey, subtle spice and faint herbal notes, before giving way to rich, milky coffee, faint oak, vanilla and caramelized nutmeg, culminating in a long, toasted finish. 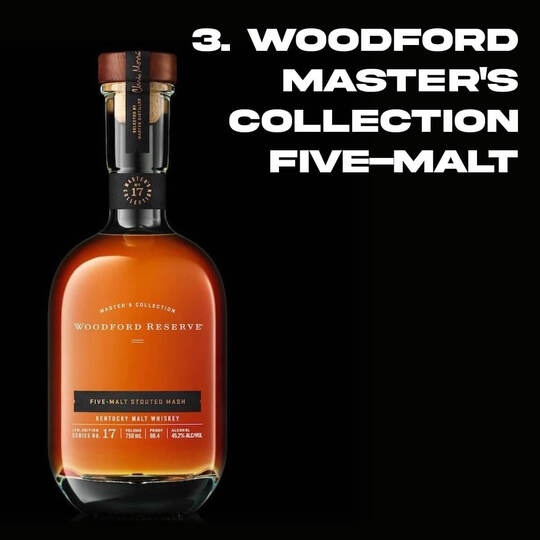 Released in late 2021, this one just sneaks in to the 2022 list because we like it so much. Woodford Reserve's Five Malt Stouted Mash is the product of master distiller Chris Morris' innovative approach to whiskeymaking, and the 17th iteration of Woodford Reserve's Master’s Collection series. The Five Malt combines hoppy stout beer notes with the refined decadence of a classic malt whiskey, and is composed of 5 different styles of malt, notably; standard distillers malt, wheat malt, dark roasted pale chocolate malt, dark roasted carafe 1 malt, and dark roasted kiln coffee malt - finished to 45.2% ABV or 90.4 proof and available in remarkably limited quantities. A must-try. 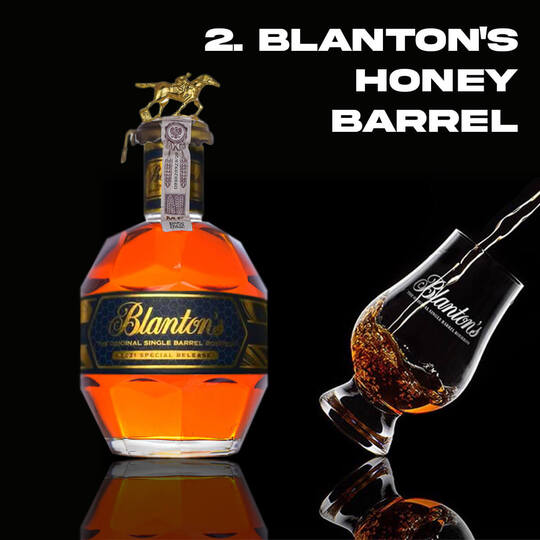 The first-ever barrel finished Blanton's release, the 'Honey Barrel' is a ridiculously rare release, believed to be limited to just 5 barrels and reserved exclusively for the Polish retail market, Blanton's 2021 'Honey Barrel' Poland Edition Single Barrel Bourbon is possibly the most coveted and collectible single barrel bourbon in the world. Never before has Blanton's released a 'finished' spirit, with its variations always previously based on age and proof. The 2021 Poland Honey Barrel Blanton's has broken this mould, beset with a remarkably sweet, honey-inspired profile and a lush, viscous mouthfeel. A stunning collector's item and a bottle deserving of a place on any connoisseur's top shelf, Blanton's Honey Barrel 2021 Poland Edition is a must-have for bourbon whiskey collectors the world over. 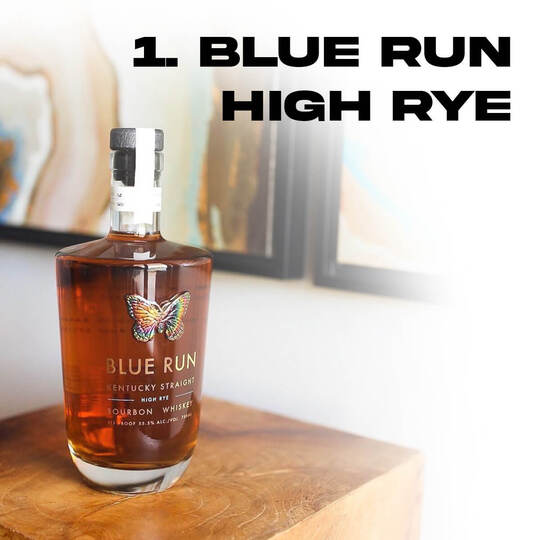 Blue Run Spirits, just a marketing powerhouse or perhaps a phenomenal whiskey distiller? If you're basing your answer on Blue Run High Rye Whiskey, then it’s the latter. Blue Run may be one of the best producers of bourbon and rye whiskey anywhere in America, winning countless awards and acclaim for its limited-edition, expertly crafted spirits. The Blue Run High Rye is no different, a considered small-batch rye that offers peaks and troughs that range between sticky caramel and baking spice, to toasted oak, stone fruits and black pepper. Bottled at 111 proof, this punchy and peppery rye is another highly collectible release from Blue Run that is surely set to increase in value and an absolute must buy for fans of excellent whiskey.

So there you have it, our top 10 favorite whiskeys from 2022? What'd you think? Agree? Disagree? Let us know your thoughts in the comments!

And if you didn't catch it the last time, why not take a quick glance at our list of the most anticipated whiskeys of 2022!