Beyond Kentucky: The best American whiskey distilleries outside of the bourbon state 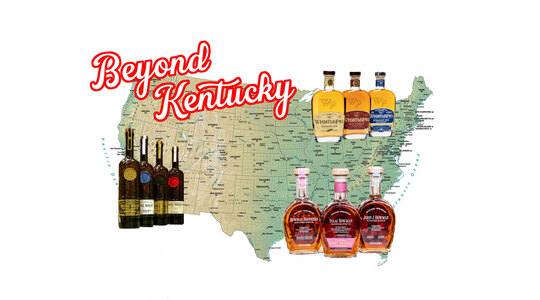 Beyond Kentucky: The best American whiskey distilleries outside of the bourbon state

For many collectors and connoisseurs of bourbon, Kentucky whiskey is the ultimate expression of quality. An art form, carefully considered and meticulously cared for, Kentucky bourbon makers share an oath, pledging to deliver the absolute best, the zenith of whiskey making, the pinnacle of spirit craftsmanship. There is no doubting the expertise for which the state is renowned, however, there are some outside of Kentucky that dare to dream... some that have taken similar oaths to deliver whiskeys of the finest caliber. Here are a few of our absolute favorite American whiskey distillers outside of the great state of Kentucky. 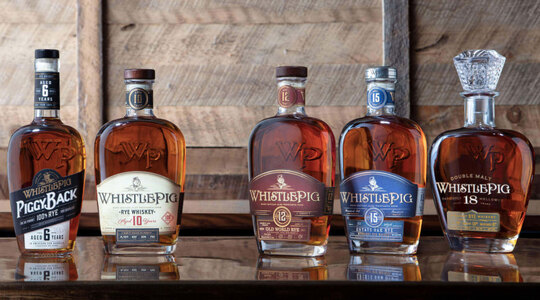 In whiskey circles, and particularly those where the opinions of purists are gospel, it's rare that a distillery outside of Kentucky is held in the same esteem as such institutions as Buffalo Trace, Stitzel Weller, Michter's, and Heaven Hill.

For lovers of rye, however, New England's WhistlePig represents the benchmark, an acclaimed and irrefutably innovative distillery that has redefined the boundaries of conventional ryes and redrawn the map for lovers of heat and spice.

For the uninitiated, an entry-level WhistlePig such as the 10-year-old straight rye whiskey is a good place to begin, while those familiar with rye and the WhistlePig ensemble might opt for something a bit more decadent, like the acclaimed Boss Hog Limited Editions or Double Malt 18 Year Old Straight Rye.

Whatever your experience level or preferred taste, if you are a fan of rye, then this distillery is the zenith of quality craftsmanship - regardless of whether it's outside Kentucky or not. 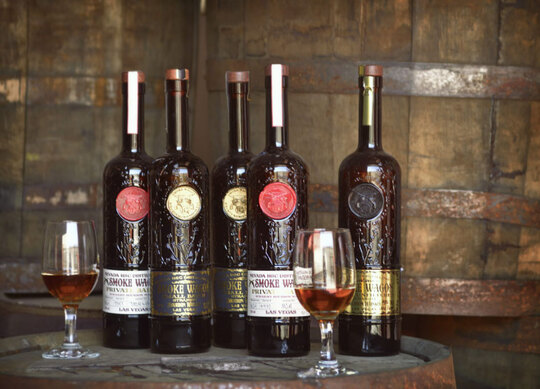 To gain an insight into the quality and complexity of Nevada H&C Distilling Co’s bourbon and whiskey exports, one needn’t look further than the below review of their Uncut and Unfiltered Limited Edition Offering:

"A transportive and mesmerizing bourbon, symptomatic of the resounding skill and passion of the acclaimed Smoke Wagon whiskey house. The Nevada Distilling Co. has forged a captivating and cultured bourbon that ensnares the senses and mobilizes the palate, enchanting the taster with a journey that spans from hints of sweet oak and lashings of fresh fruit to new depths of bourbon complexity and nuanced, subtle rye spice…"

A truly remarkable distiller of whiskey and an adept producer of other spirits, be it their uncut, unfiltered bourbon whiskey, their small-batch iteration, or their silver dollar vodka, Nevada H&C are sure to become a favorite for collectors and connoisseurs brave enough to venture away from the typical Kentucky distillers and into the desert plains of Las Vegas, Nevada. 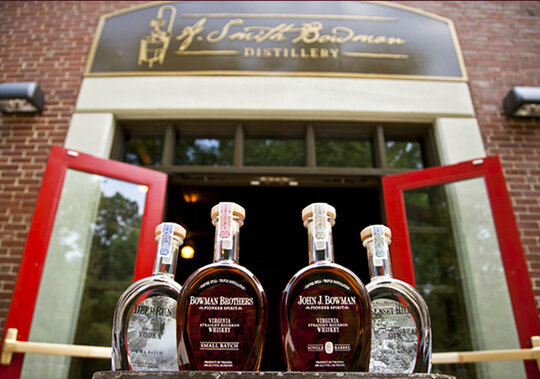 A lesser-known bourbon producer that garners cult status and has earned countless accolades for its tireless dedication to producing quality bourbon whiskey, the A. Smith Bowman Distillery is a whiskey institution to rival all Kentucky-centric distillers. Based in humble Virginia, where it patiently matures its expertly crafted whiskeys, Bowman is a South-eastern icon, and its John J. Bowman single barrel and other vintages have received plaudits from some of the most esteemed whiskey award bodies.

Recipient of the 2017 World’s Best Bourbon at the World Whiskies Awards for its John J. Bowman Single Barrel bourbon, and winner of the same award in 2016 for its Abraham Bowman Pioneer Spirit bourbon, there is no doubting the caliber of Bowman Distillery and its products.

While it could be argued that the Bowman Distillery owes Kentucky some gratitude given its success, mainly due to the juice being sourced from Buffalo Trace and distilled once in Kentucky, the additional distillations and aging are all thanks to the unique Virginian climate and conditions at Bowman, which make it an even more interesting and approachable bourbon producer.