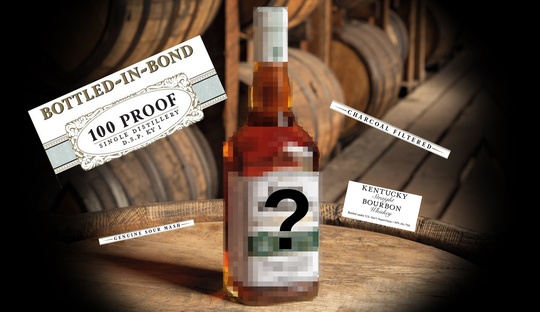 It sounds like a stupid question, but could there be more truth in it than you think? Could the best bourbon in America really be less than $25? In actual fact, we think we might’ve found one. The best bourbon in the country, 2 bottles for a 50 dollar bill and receive a fistful of change for your troubles. Unbelievable, right?

As is the case with all bourbon drinkers, connoisseurs and collectors, however, everyone's an expert and opinion reigns supreme, varying depending on who is speaking in this hotly contested arena. As they say, beauty is in the eye of the beholder, so too must good taste therefore lie on their tongue.

Many of our readers will be quick to quip that nothing under $25 could ever hold a candle to a 23 year old Pappy van Winkle, a 2005-Fall George T. Stagg or an A. H. Hirsch Reserve 16 Year Old Gold Foil, and they’d be right to an extent. You’d be a fool to say otherwise, but there lies a caveat in wildly assuming that just because of the stature and reputation of these bourbons they somehow warrant a place on the proverbial ‘pedestal’ or that your palate would be in agreement that they are in fact the ‘best’ purely based on hype and popularity alone.

Blindfolded, with no preconceived notions or assumptions daring to skew or sway the verdict, you’d be surprised at the outcome that’s determined by your palate. That’s the fun of drinking bourbon, exploring and uncovering whiskeys that others daren’t try, discovering hidden gems based on your own tastes and preferences rather than buying into the marketing machine and the opinions of others.

So, then, onto the mysterious pound-for-pound, best-in-class, value-for-money bourbon. It’s none other than Evan Williams Bottled in Bond White Label of course. Now we wrote about this bottle recently and included it in a list of the Top 5 Hidden Gems of Kentucky, and having tried it again and then retried it a couple more times (perhaps a bottle was killed in the process), this 100 proof gargantuan from Heaven Hill truly weighs up against the big boys. Taking all prejudices aside and evaluating this whiskey for what it is, it may just be the best bourbon in America. 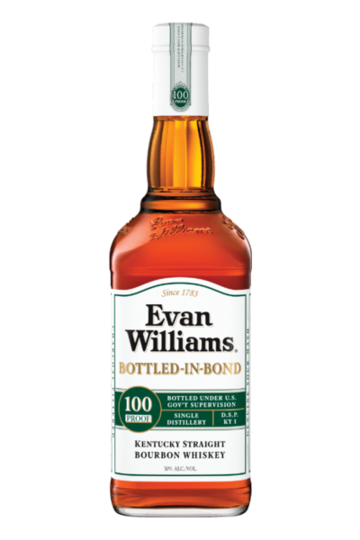 “Another staple of the Kentucky whiskey landscape that deserves more attention than it receives, while Evan Williams is the second-largest selling bourbon, it is also one of the most overlooked and disrespected in general terms. When it comes to excellent bourbon and remarkable value, the Bottled in Bond White Label, distilled at Heaven Hill, is one of the pound-for-pound heavyweights.”

Now that is a loaded claim, and obviously I am not suggesting that it is in fact better than some allocated bottles, but rather that given where it is situated in the current bourbon matrix and in terms of its availability, quality and value, it might just be the ‘best’ when you consider all of these things combined.

The best bourbon in America is under $25

There are a number of reasons as to why Evan Williams Bottled in Bond White Label Bourbon is a seriously good whiskey, and I’m not just talking about the price. Less than $25 is outrageously cheap in the current bourbon climate, and the profile of the White Label certainly punches well outside its weight class. 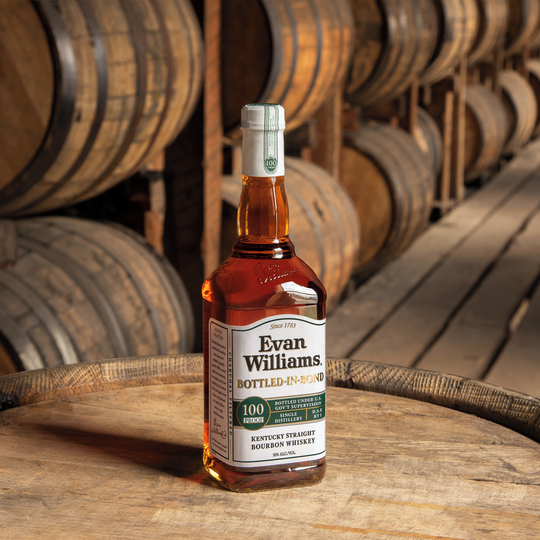 “A 100 proof high-quality bourbon aged for at least 4 years, the mash bill is 78% corn, 10% rye and 12% malted barley and makes for a classically appointed bourbon with a sneaking, subtle sweetness that ties the spirit together exceptionally well. From the outset, caramel and vanilla prevail, before earthy rye resounds alongside smoky barrel char. The finish is understated, with a distinctive dryness and a lengthy but not overpowering heat.”

It is a truly excellent bourbon taking price out of the equation, a genuine Kentucky whiskey and an honest, humble straight shooter. The nose swims with vanilla and caramel, as is the expectation with a bourbon of this caliber, while a nuttiness is prevalent on the palate verging on oaky undertones. While many will consider a 100 proof bourbon to still weigh on the more mild side given the current trend of barrel strength, full proof popularity, there is a diligent heat in Evan Williams Bottled in Bond White Label, which I found to be welcomingly opened up by a splash of water. This brings a bouquet of citrus and some faint smoke and leather, cinnamon soon comes to the fore which is the dominant tone throughout the finish, a spicy, red-hot affair.

Now, that’s my two cents on the ‘best’ bourbon, and granted, it’s a contentious call. However, I strongly believe that in the current landscape, the argument holds up. Buffalo Trace is becoming less and less available and harder to find, anything allocated is a needle in a haystack and the haystack is growing deeper and bigger every month. For an accessible, exceptional and electrifyingly good bourbon, Evan Williams Bottled in Bond White Label 100 Proof is the best around.