It’s the best known name in bourbon, Pappy van Winkle. Just typing that name causes the hair on the back of my neck to stand at attention, shivers down the spine, a cold sweat fever dream of a whiskey that haunts my dreams and waking hours. The allure never ends, and neither does the pursuit. The amount of times that I’ve found myself in possession of this enigmatic elixir in my lifetime can be counted on one hand, the number of times I’ve been privileged enough to try Old Rip van Winkle’s Pappy silo can be counted on one finger. One, just the once. The thirst never ceases.

Suffice to say, Pappy van Winkle bourbon is fairly hard to come by, and on the rare occasion that you do come across one of these holy grails of whiskey drinking folklore, 99% of the time the price tag is above the tertiary market, with some bottles advertised for well into the 5 figures. Such is the mystique of Pappy, thanks to its outrageously short supply and booming demand, the market is geared towards lottery winners, which you may well need to be if you find a bottle of Pappy anywhere in the world.

So, what to do? While you can never replicate the original, you can get pretty damn close. Let’s take a look at similar wheated bourbon whiskeys with a like-for-like mashbill. 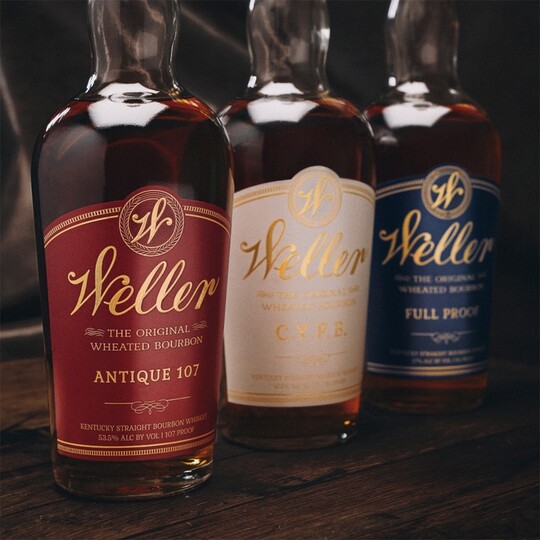 Weller bourbon whiskey is the obvious choice and stands out amongst a crowd of imposters. The fact that Weller’s wheated recipe was essentially the genesis for Pappy’s, being born out of Stitzel-Weller distillery way back in the mid 1930’s, means that in some respects the ‘cousin’ of Pappy is partly responsible for shaping the most exclusive, sought-after bourbon in the world rather than being an imitation of it.

As a brand, Weller has been producing ‘wheated’ bourbon whiskey longer than anyone else, and today with both brands being distilled out of Buffalo Trace, the similarities are rather uncanny. When taking a closer look at Weller vs Pappy post 1992 and their production at BT, what with the near identical wheated mashbill and shared history, it becomes clear that these two are very much alike - and some iterations could be construed as near interchangeable additions to either lineup. 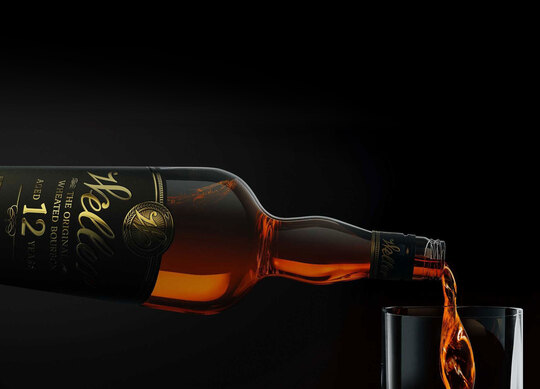 It’s said that Weller 12 Year Old Bourbon and Old Rip van Winkle 12 Year Old ‘Lot B’ Bourbon are siblings, and despite Old Rip handpicking the best barrels to secure the best wheated whiskey possible in this age bracket, there is little to separate the two. The discrepancy between them in secondary market pricing is perhaps reflective of the very subtle nuances between taste and quality, but it would be foolish not to realise that the hype behind Pappy and its aura is somewhat responsible.

In any case, a school of thought exists that if some Weller 12 barrels were allowed to mature and age slightly longer than nature has allowed, then they would indeed become Pappy 15 and Pappy 20, which is one of the main lines of argument for the comparisons that are drawn between the two (aside from the fact that they are almost the same composition and flavor wise).

Argument aside, Weller 12 is the best off-the-shelf Pappy alternative, and is an incredible piece of whiskey craftsmanship in its own right. 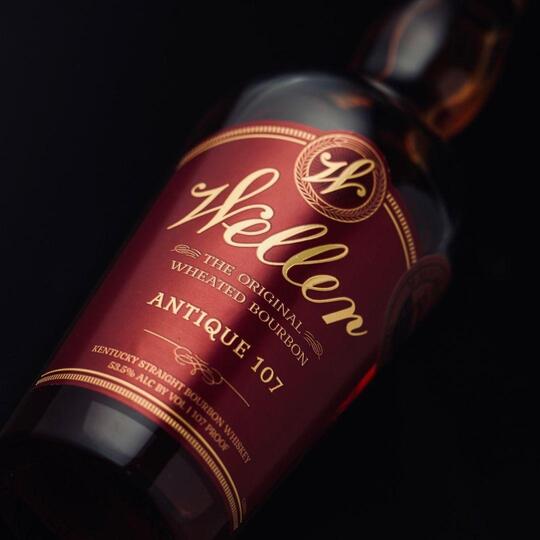 Though it is aged for a number of years fewer than its elder counterpart, Weller’s Antique 107, in particular the older style ‘squat’ bottlings (pre 2017 but many much older than this), are a fair representation of adolescent Pappy and have drawn comparisons to the iconic wheated van Winkle line.

Weller’s Antique 107 represents the lowest entry price point from either brand (aside from the Green Label Special Reserve Weller), and is widely regarded as one of the best value for money whiskeys anywhere in the world. While it is now marketed as a non-age stated bourbon, the red label antique 107 has drawn comparisons to the Old Rip van Winkle 107 proof 10 year old, and is a mature and refined bourbon that bats well above its weight when it comes to quality.

While there are a handful of wheated bourbons outside of Buffalo Trace Distillery, such as Larceny and Maker’s Mark, these don’t quite share the same mystique that the BT wheated mashbill possesses, and so it would be folly to include them as reasonable alternatives to Pappy. There is however, one more option that you won’t find ready available or on the shelves, and is still one of the best kept secrets in bourbon circles around the world… 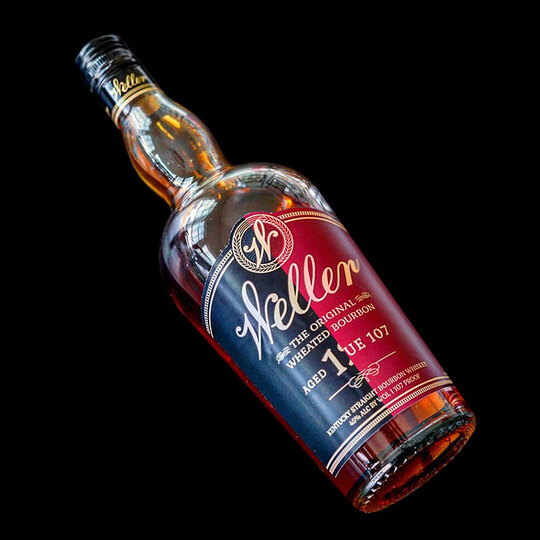 First published by Bourbonr in 2014, there is much debate and speculation as to where this recipe originated (and who was bold enough to first try this). Poor Man’s Pappy is widely regarded as the ultimate Pappy van Winkle alternative and is essential tasting for fans of wheated whiskey who don’t want to necessarily break the bank and pay secondary.

As you might have deduced, you will need a bottle of Weller 12 and a bottle of Weller Antique 107, which need to be married at a ratio of 2:3, i.e. 40% Weller 12 and 60% Weller Antique 107. There is no set guide for the length of rumination following the initial marriage, though a few days is undoubtedly recommended, but the end product should be a perfect combination of the smooth, sweet, silky Weller 12 which balances and subdues the char and fire of the Antique 107.

For those of you who have spent years hunting that elusive unicorn to no avail, and those of us who have held that unicorn in their hands a number of times only to let it slip through our fingers before we get a chance to taste it, the Poor Man’s Pappy is a godsend - an incredible hack that offers the chance to get as close as one may ever get to the otherworldly Pappy van Winkle.