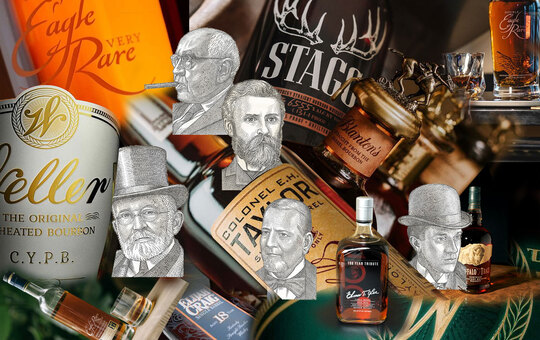 The current bourbon landscape revolves largely around big names, with hype playing a huge part in generating interest and demand for particular bottles, brands and vintages. Once upon a time, before the bourbon boom, the market was more approachable and some of today's most coveted and collectible bourbons and American whiskeys were easily accessible and widely available. It sometimes makes you wonder, what would the founding fathers of bourbon think about the current climate? Would they revel in the popularity of their products? What would they think about the insane appetite for limited and allocated bourbon whiskeys?

Today we take a look at the most iconic figures in Kentucky bourbon history, men whose names are ingrained in folklore having carved legacies that have stood the test of time and will remain fixtures of the landscape forever. These are the founding fathers who shaped modern bourbon. 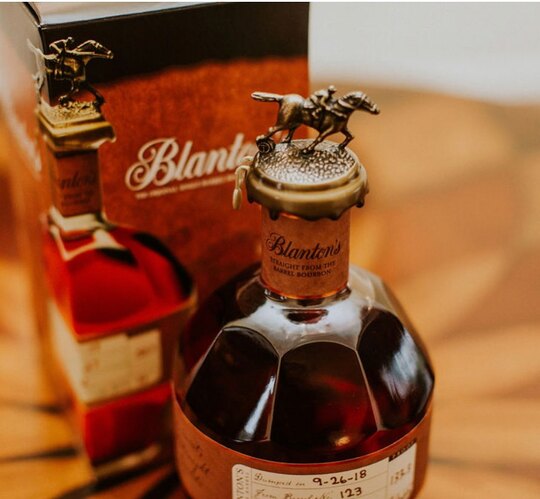 The driving force behind Buffalo Trace’s sustainability and success throughout the early 1900’s, the fact that the Distillery still exists today is testament to Col. Blanton’s dedication and tireless pursuit of excellence in the bourbon making industry. Joining the Distillery when it was known as the George T. Stagg Distillery, Blanton would soon be promoted to President in 1921 and was the key to solving problems during the Wars and Great Depression.

Obtaining a “medicinal whiskey” license for the Distillery to allow it to continue operating in the face of adversity, the success of the Distillery today is owed to Blanton’s innovative approach to whiskeymaking and fittingly, has one of the Distillery’s foremost brands named after him with the iconic, world first single-barrel bourbon honoring his legacy. 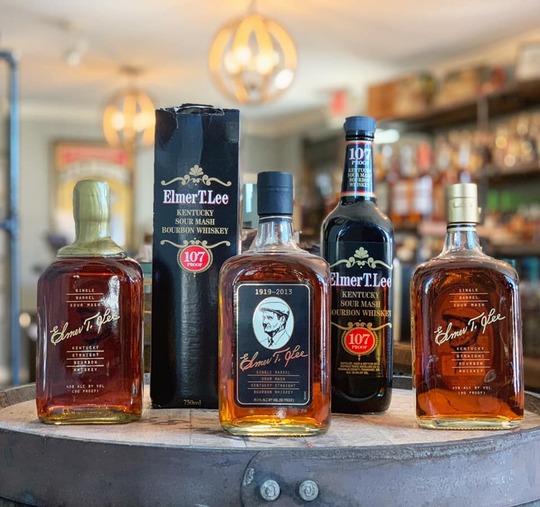 Buffalo Trace’s first Master Distiller, Elmer T. Lee’s rise to prominence was not an easy one. On his first application for work at the distillery, he was told that they weren’t hiring by Col. Albert B. Blanton himself, then President of the Distillery. Having served in WW2 and earning himself an engineering degree after returning, Lee would initially begin his career at Buffalo Trace as a maintenance engineer, before then rising to plant engineer and eventually plant manager and Master Distiller.

He was the first distiller to introduce a single-barrel bourbon in 1984, honoring Colonel Albert B. Blanton, the man who hired him. A true visionary who defined modern modern making and was a tireless innovator, there are few individuals in the history of bourbon that have had an impact as important as Elmer T. Lee. 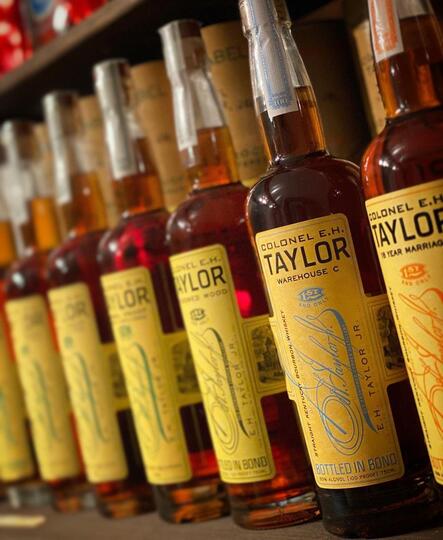 A man whose legacy perhaps precedes itself, Taylor is the father of modern bourbon and was an innovator and visionary whose advancements of the bourbon industry were truly avant-garde and ahead of their time. The man responsible for copper fermentation tanks, column stills and modernized housing facilities, Taylor was the driving force behind a revolutionary approach to bourbon and whiskey making and transformed the industry into what it is today.

With O.F.C a direct descendant of his techniques and the ever formidable Colonel E. H. Taylor brand named after him, it’s easy to see why Taylor is held in such high esteem as a Master Distiller and is synonymous with Kentucky whiskey folklore. 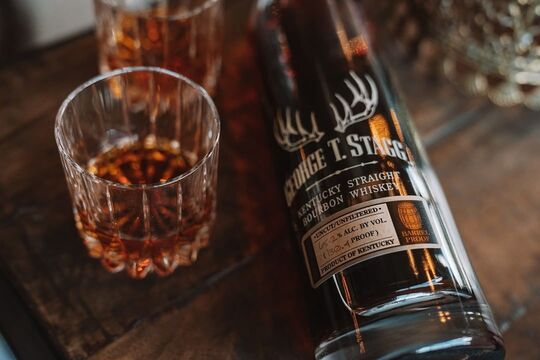 Stagg might not have been the innovator or revolutionary when it came to hands on distilling and whiskey craftsmanship, but his sharp business acumen and ability with financial matters made him one of the leading figures in the rise of O.F.C Distillery, which would go on to become the Stagg Distillery and finally, the Buffalo Trace Distillery.

Under Stagg and Taylor, the Distillery become one of the foremost authorities on whiskey production in America and the United States, with the excellence and reputation that it had built in their years contributing to Buffalo Trace being awarded the Distillery of the Year in 2000 by Whisky Advocate, making it the first distillery to win this award. 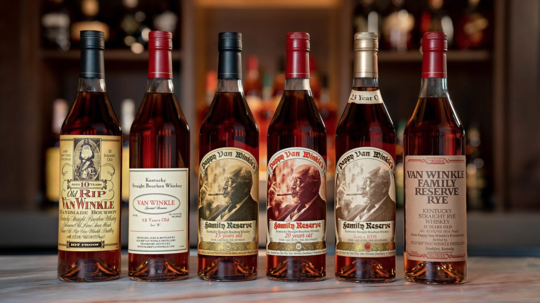 Perhaps the most recognisable name in bourbon, Pappy van Winkle was a pioneer of wheated bourbon and revered for his dedication to producing quality whiskey with no exceptions. For Pappy, the calibre and quality of the product was of the utmost importance, and he pledged to produce fine drinking bourbon whiskey even if it meant not turning a profit.

Today, the van Winkle name is synonymous with the best bourbon to come out of Kentucky and is representative of the peerless pursuit of excellence and exceptional flavor, texture and character. Receiving countless accolades and acclaim over the years, van Winkle is without doubt one of the most important figures in whiskey making history and his legacy lives on today through Buffalo Trace Distillery. 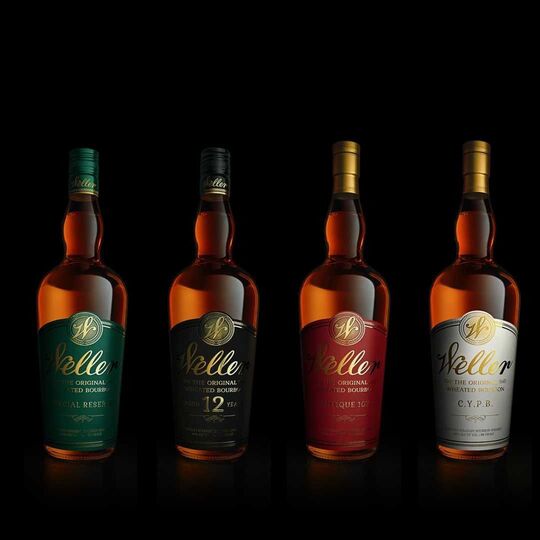 For Weller, whiskey distilling was in his blood. The son of a second generation distiller and part of a prominent Kentucky whiskey family, William Larue Weller, in association with Pappy van Winkle, would become one of the most formidable figures in bourbon making history and was prominent figure in the Stitzel-Weller Distillery’s rise to fame for its wheated bourbon recipe.

Today, the Weller line celebrates the impact of this groundbreaking icon, with a line of wheated bourbons that are distinguishable for their quality, complexity and unbelievably silky mouthfeel. A man who helped define contemporary bourbon and whiskey, without Weller there would be no whiskey that we see today.