The Comprehensive Beginner’s Guide to Scotch 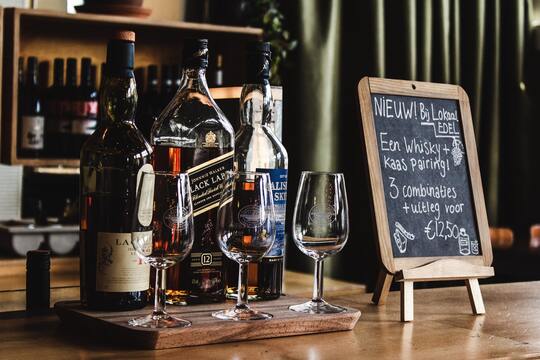 The Comprehensive Beginner’s Guide to Scotch

Everyone has heard of it, but not everyone knows what it is… Scotch, the world’s favorite spirit and arguably the most elegant and exciting drink created by mankind.

In this blog, we’ll cover the ins and outs of the complex world that is Scotch whisky, the different types of Scotch available and their histories, as well as the do’s and don’ts and any other intricacies we’ve learned over the years that we’ve enjoyed trying, tasting, and enjoying the best Scotch whisky in the world.

Scotch whisky is the world’s most popular spirit and defines a distilled malt or grain spirit produced in Scotland. Scotch was originally made from malted barley and was commercialized in the late 18th century, however, the first recorded record of distilled malt spirit in Scotland was in 1494, making it one of the world’s oldest historical spirits. (While it is believed to have been introduced by the Irish in the mid-to-late 15th century, don’t expect Scots to admit this!)

Whisky was produced, traded and enjoyed throughout Scotland and particularly the Highlands from the late 15th century and onwards, being taxed as early as the early 17th century and then commercialized in the late 18th century, and then modernized following the introduction of pot stills for distillation in 1831.

The popularity of Scotch spiked in the late 19th century due to a shortage of cognac and brandy being exported from France in the 1880s, which resulted in a boom in the number and volume of Scotch distilleries in the 1890s. While this boom was devastated by the implications of World War I and the Great Depression on the industry, the popularity of Scotch never wavered and today it is the world’s most celebrated and sought-after spirit. 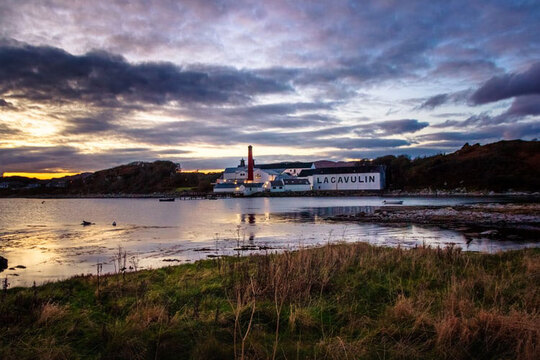 Scotch has been protected by regulatory legislation since 1988, with the Scotch Whisky Act 1988 first instituting the rules and guidelines under which a spirit could be branded, labeled and marketed as Scotch Whisky. This statute was replaced by the Scotch Whisky Regulations 2009 (SWR), which sets out the definition of Scotch whiskey as a whisky that pertains to the following criteria:

In addition to the rules and conditions under which a Scotch’s definition is regulated, a Scotch must also meet certain labeling requirements. The label must explicitly state:

The classic Scotch whisky, single malt Scotch is the sweetheart of the spirit world, renowned for its luxurious smoothness and sophisticated complexity. Composed of malted barley and defined by the use of a copper pot still distillation process, single malt Scotch whisky must be matured in oak casks in Scotland at a single distillery for a minimum of 3 years, though most are aged gracefully for much longer. A superb sipping spirit that is essential to any serious connoisseur's collection.

Like single malt Scotch whisky, single grain Scotch is distilled at a single distillery, however, in addition to water and malted barley, other grains or cereals are involved in the composition. Single grain is not an indicator that a ‘single grain’ was used to produce the whisky, but rather that a single distillery was responsible for its production and a mixture of grains were used in the process. The main difference in the processes between single malt and single grain whiskies is the distillation, with single grain predominantly employing continuous or column stills.

While it perhaps does not hold the same reputation as its purely single malt sibling, Blended Scotch Whisky remains an exceptionally sophisticated and deservingly celebrated spirit, accounting for the vast majority of Scotch whiskies produced, purchased and enjoyed around the world. Composed of a mix of grain and single malt whisky, expect a complex balance of flavors and a captivatingly smooth mouthfeel when enjoying the harmony that is blended Scotch whisky. 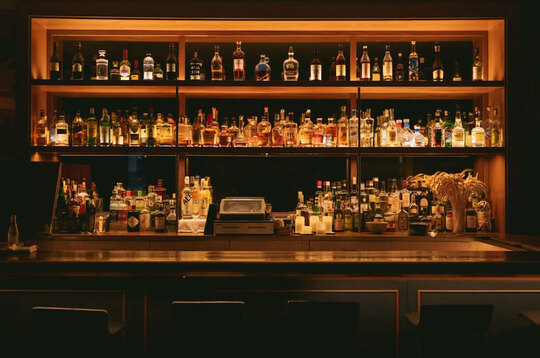 Home to some of the most celebrated, award-winning distilleries in Scotland, the Highlands is the largest whisky region in the country and is synonymous with quality and expert craftsmanship. With household names like Glenmorangie and Glendronach leading by example, the Highlands are known for their luxuriously sophisticated and immaculately textured Scotch whiskies.

A region renowned for its versatility and the vast diversity of its scotch whisky, Speyside scotch whiskies are generally categorized in two ways - the complex, silky, sweeter sherried varieties produced by the likes of the Macallan, and the more modest, lighter whiskies by distilleries such as Glenlivet. It is true that some distilleries are capable of producing Scotch that lies at either end of the spectrum, Glenfiddich to give an example, but Speyside is known as a specialist region, and is undoubtedly a specialist when it comes to quality and exceptional craftsmanship.

Revered for the unmistakable smoky and earthy peatiness of their whisky, Islay is one of the southernmost Scottish islands that produces and distills fine Scotch. Home to 8 acclaimed distilleries and with a budding community passionate about the art of whiskey-making, Islay will continue to grow as one of the world's top Scotch powerhouses.

Once a single malt powerhouse with a rich history of success in the region, Lowland Scotch whisky is predominantly blended today. While large quantities of grain whisky are prolific, there remains a small selection of distillers who are faithful to the Lowland malt sentiment and continue to produce outstandingly nuanced and palatable single malt scotch whiskies.

Perhaps inspired by the affinity the Scottish Isles share with the sea, Island Single Malt Scotch whisky is some of the purest Scotland has to offer. As to be expected when the region is as loosely connected as this, Island Scotch's range is eclectic and can vary from light, clean citrus-inspired whiskies to bold, peaty, full-bodied varieties. Diversity is the key to appreciating this region, a truly breathtaking place on earth with some truly breathtaking single malt Scotch whisky.

When Campbeltown was at its peak, it was a flourishing epicenter for single malt scotch whisky and home to over 30 distilleries, all making exceptional, high-quality spirits, but sadly that's no longer the case. Today, only 3 distilleries remain in the region, however, not all is lost. Springbank, Glen Scotia and Longrow are some of Scotland's finest producers and continue to bring life to the region.

So where do I begin?

Now comes the fun part, embarking on the journey. Only you will be able to discover what you like and don't like in a Scotch, and the best way to do that is by beginning to try and taste different types of Scotch from the various different regions. It can be a daunting journey, so here are our 3 favorite beginner Scotch whiskeys for entry-level beginners: 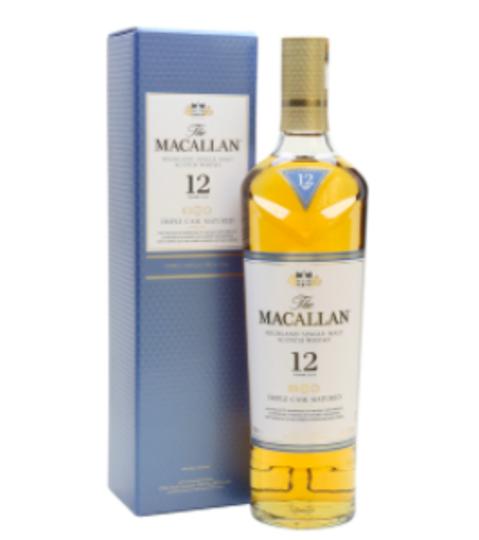 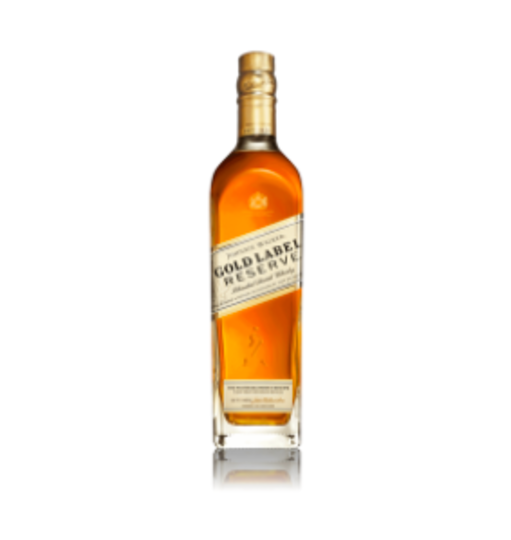 Until recently, Gold Label was reserved for the duty-free market. The product has now been released widely and provides lovers of Johnnie Walker with an opportunity to taste the portfolio's "older brother". Initiated by Alexander Walker in 1920, Gold Label had to wait 30 years to be produced, due to a shortage of aged malts caused by the First World War. From its smoky vanilla aroma to its creamy, honeyed taste, this Scotch whisky finishes with a light and lingering spiciness. 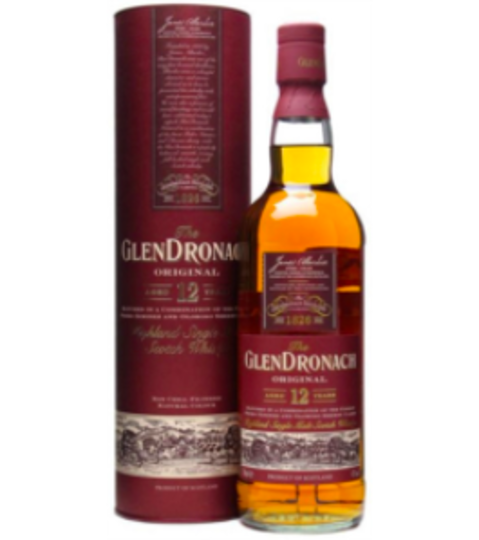 This quintessential single malt won a Gold Medal at the 2017 San Francisco World Spirits Competition, and the World Whiskies Awards. A dense, heavily-sherried dram from a distillery now producing again after a six-year layoff. A malt best suited to after-dinner sipping.